Adagio
Adagio® Birmingham invites Birmingham’s tech savvy to
create a short film to capture the city’s
past, present and future 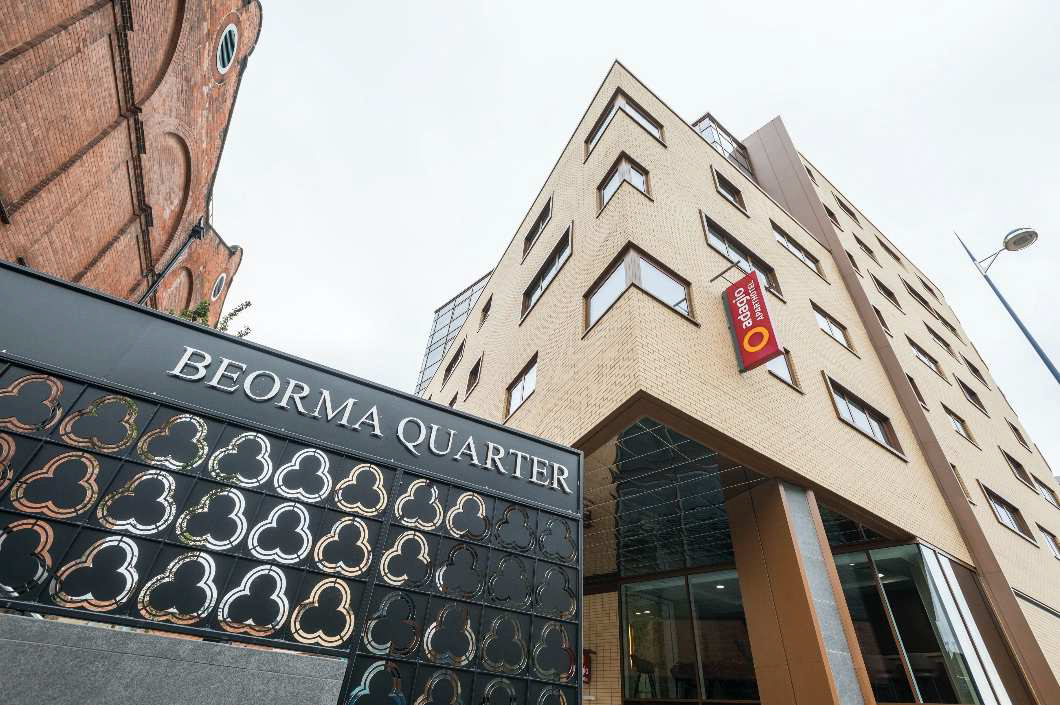 Aparthotel Adagio® Birmingham City Centre has launched a competition open to all to create a ‘One Minute Movie’ capturing Birmingham’s past, present and future. Just opened as part of Birmingham’s much anticipated Beorma Quarter development, the new option in central accommodation will be offering both cash and accommodation prizes to the winner and runners up.

Birmingham was once known as Beorma, named after the tribal leader of the 7th century Anglo-Saxon founder of the settlement which later became known as Birmingham. Digbeth, the area in which the new Adagio® Aparthotel City Centre is located, dates back to the Beorma period, hence the name of the new regeneration area. The newly opened aparthotel offers a new solution for guests staying in Digbeth, ideal for mid to long stays, with full service facilities and kitchens in every homely apartment that allow guests to live and experience the city like a local.

As Adagio® Birmingham City Centre opens its doors, it also opens a competition to all, from the city’s media students to the artistic amateur to shoot a short one minute film, starting from Beorma (otherwise known as Digbeth!) and taking in what Birmingham residents, young and old, love about the city and its 21st century evolution. General manager, Dave Amans, today said, “Birmingham has always been a city that’s embraced the future, so we’d like to see entrants reflecting this modernity. But just as Aparthotel Adagio® Birmingham City Centre is recognising the past, by showcasing the ancient settlement of Beorma’s limits which ran where our reception area is, we’d like competition entrants to acknowledge the city’s history too in their video.”

The site of the Adagio® and Beorma Quarter development is of great significance, marking the historic city line that dates back to medieval land division. Adagio Birmingham has traced these points and mapped the former city line, marking the path of the land divide with a line visible in the Aparthotel’s lobby as well as on the exterior of the building.

Adagio® Birmingham General Manager, Dave Amans, said: “While this is an area of ancient significance the Beorma Quarter is also an area that is experiencing the first wave of a regeneration project. We’re really excited to be at the heart of this and want to celebrate our opening in a suitably 21st century style. Competition entrants will have a chance to attend our official launch in November and win prizes not just of two nights in a one bedroom suite here or at our sister property in Liverpool, but also £500 of spending money.”

Video files should be no longer than one minute and sent to beorma@masonwilliams. com by 31st October 2015. Full terms and conditions can be supplied directly to all entrants. Runners up will be notified directly and the winner will be announced in November 2015.
Download presskit
ABOUT APARTHOTELS ADAGIO:
- Adagio’s innovative Aparthotel concept has been successfully rolled out across Europe and is now being applied to some of the UK’s premier city centre destinations. It is aimed primarily at long-stay visitors and provides fully furnished studios and one and twobedroom apartments, complete with kitchens and bathrooms, to provide high quality selfcatering accommodation.
- The Aparthotels Adagio, N°1 in Europe, offer comfortable and spacious apartments in urban locations, with fully equipped kitchen and hotels services for extended stays based on attractive tiered pricing from fourth night onwards. Created in partnership with AccorHotels and Pierre & Vacances Center-Parcs Groups, the brand provides 3 product ranges:Adagio, the midscale aparthotels in the heart of Europe’s leading cities;Adagio access, economic range, aparthotels located on cities’ doorstep.Adagio premium, upscale range in iconic cities- The network has 100 aparthotels and 11,000 apartments targeting 150 aparthotels and
15,000 apartments in the world by 2018.
- Further information concerning the Aparthotels Adagio is available on www.adagiocity.com